The gas-phase chemistry is composed of 185 gas-phase reactions, which are based on the chemical mechanism of Lurmann et al. [1986] extended to account for explicit treatment of isoprene. The size-segregated dust and sea-salt particules are emitted, advected, allowed to interact with the gaseous pollutants, and deposited. The interactions between the gaseous and particulated species are considered by incorporation of the SCAPE2.0 model.

In terms of aerosol processes, gas-to-particle and particle-to-gas conversions (such as nucleation and condensation/evaporation), emission/deposition, eddy-turbulent diffusion, and advection by bulk air motion are considered. The aerosol dynamics are mathematically descirbed by the following general dynamic equation (GED):

This general dynamic aerosol equation is coupled with the mass conservation relationship (Eq. 1) for gas-phase species.

For physical processes involving the primary aerosol such as emission, transport, and deposition of the dust and sea-salt particles, a size-segregated approach is used with 10 size bins ranging from 0.01 micrometer to 20 micrometer in diameter. Each bin is assumed to be interanlly mixed [Covert and Heintzenberg, 1984]. In this application, in order to reduce the computational burden associated with the calculation of the simultanesou thermodynamic equilibria between the gas-phase and the size-resolved aerosol, the 10 size bins are lumped into two aerosol composition size bins when we calculate the gas-particle interactions. The two modes are a fine mode (< 1 micrometer in aerodynamic aerosol radius) influenced by gas-to-particle conversion processes and a coarse mode (> 1 micrometer in aerodynamic aerosol radius) arsing from mechanical processes (e.g., sea-salt and dust particles are generated by wind shear and reside largely in the coarse mode).

The Community Multi-scale Air Quality (CMAQ) modeling system has been designed to approach air quality as a whole by including state-of-the-science capabilities for modeling multiple air quality issues, including tropospheric ozone, fine particles, toxics, acid deposition, and visibility degradation, In this way, the develop-ment of CMAQ involoves the scientific expertise from each of these areas and combines the capabilities to enable a community modeling practice. CMAQ was also designed to have multi-scale capabilities so that separate models were not needed for urban and regional scale air quality modeling. The CMAQ modeling system simulates various chemical and physical processes that are thought to be important for understanding atmospheric trace gas transformations and distributions. The CMAQ modeling system contains three types of modeling components: a meteorological modeling system for the description of atmospheric states and motions, emission models for man-made and natural emissions that are injected in to the atmosphere, and a chemistry-transport modeling system for simulation of the chemical transformation and fate.

The CMAQ modeling system was designed to have a flexible community modeling structure based on modular components. CMAQ CTM (CCTM) includes the following process modules:

Plume model combines a well established photochemical box model with plume dilution which is driven by tur-bulent dispersion. The dynamical component is base on formulas cited in the Offshore and Coastal Dispersion (OCD) Model by Hanna et al., [1982; 1985]. The fundamentals of this dispersion scheme are based on Gaussian plume dispersion. In order to account for dispersion over regional scale distances, the model adopts different formulations to handle lateral dispersion. The cut-off distance for switching formulations has been set at 10km as suggested by Heffter [1965] and Hanna et al. [1985].

The Largrangian box model is composed of three major parts: (i) gas-phase chemistry; (ii) aerosol physical process; and (iii) a thermodynamics module. The gas-phase chemistry is based on the chemical mechanism of Lurmann et el. (1986) and is composed of 86 gas-phase species and 185 reactions, including non-methane hydrocarbon and isoprene reactions. The aerosol physical processes include nucleation, condensation/evaporation of water, and absoption/dissolution of atmospheric inorganic species. The nucle-ation and condensation/evaporation processes are modeled using semi-empirical models. Also, empirical relations for condensation/evaporation processes suggested by Hanel (1976) are used over three different range of relative humidity.

The model equations, or physics, can either be applied in a ready to use form, or specified freely to suit any type of physical phenomenon (linear, nonlinear or time dependent). Several problems can be combined and coupled in a single model multiphysics providing a very straightforward modeling process with a minimum of nonrealistc assumptions.

IDL, the Interactive Data Language, is the ideal software for data analysis, visualization, and cross-platform application development. IDL integrates a powerful, array-oriented language with numerous mathematical analysis and graphical display techniques, thus giving you incredible flexibility. A few lines of IDL can do the job of hundreds of lines of C or Fortran, without losing flexibility or performance. A fourth-generation language, IDL is radically more compact than C or Fortran. Using IDL, tasks that require days or weeks of pro-gramming with traditional languages can be accomplished in hours. Users can explore data interactively using IDL commands and then create complete applications by writing IDL programs.

Use IDL to read and write almost and kind of data. Support is provided for common image standards and sci-entific data formats. And Use IDLs's itools for your data visualization needs including plots, images, contours, surfaces and volumes.
Signal Processing & Image Processing
Use IDL signal processing techniques to process a variety of 1-D signals, from traditional filtering and trans-form poerations to statistical methods such as prediction analysis. Use IDL image processing techniques to filter out noise and to highlight true data characteristics and expose anomalies.
Global mapping
IDL supports19 different types of Mapping, also provides the Low/High resolution database about Vector coastline, River, Political boundary, Also it is possible that many types of data overlap on the selected map projection 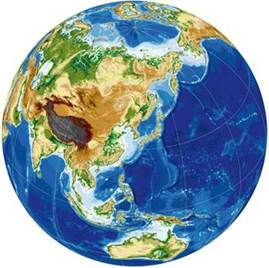